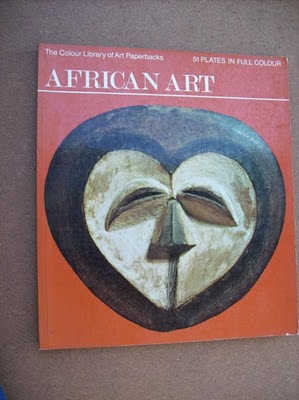 Dennis Duerden 1927-2006
The author, an artist and teacher who worked in Africa sets the masks, bronzes, prehistoric rock paintings, textiles, pottery and architecture against the social backgrounds of their creators.
Illustrated throughout.
The writer, artist and art critic Dennis Duerden died at the age of 78, writes Sue Owen. Following his work in Nigeria in the early 1950s Dennis Duerden directed the Hausa Service of the BBC World Service and then established the Transcription Centre which introduced the work of a range of African writers, artists and musicians to the London cultural scene. Transcription Centre interviews were published in 1972 in the volume African Writers Talking, edited by Duerden and Cosmo Pieterse. Duerden also wrote two early introductions to African Art for the publisher Paul Hamlyn and, at his death, was working on a book on African Art and Modernism. His mission in his writings was always to interpret the varied forms of African art and culture within their own art historical context rather than as forms of ‘primitivism’ or simply as influences for western artists.
Among his friends and colleagues were the writers Wole Soyinka, Chinua Achebe and Robert Serumaga and the musicians Chris McGregor, Dudu Pukwana and Abdullah Ibrahim.
He also wrote a series of catalogue introductions for contemporary artists whose work he admired including Victor Pasmore, Sokari Douglas Camp and the Austrian artist Ferdinand Penker.
Duerden was a practising artist, exhibiting his own work regularly since the 1950s and working as a studio art teacher at the University of California throughout the 1970s and 80s. In addition he produced a number of award winning science teaching films.


The "Discovery" of the African Mask Dennis Duerden The principal theme in this essay is the part played in Western art by masks from the Niger and Congo basins in Africa (to be referred to after this as Niger-Congo Africa), and the significance of their "discovery" in the years preceding and the years immediately following the First World War.


It is therefore very specific, concerned with the form only of the masks that attracted Western visual artists and excludes the figures in a corpus which they referred to as l'art negre, Negerkunst, or "black art." Introducing this theme I have used four terms that have been ill-defined and need re-defining, and the revision of their definition is necessary to clear the ground for the argument that follows.


Previous writers have used them in a very confused manner. These are "the discovery," "the mask," "African art," and "primitivism." It has been customary for art historians to refer to "the discovery" of "African art" by Western painters and sculptors in the first ten years of the twentieth century.

The term "African art" may have come into common use because these artists thought they had made a "discovery." By "the discovery," art historians have meant that some artists in Europe saw some pieces of "African art," and seeing them was a kind of revelation.
Postado por 2008 às 12.7.10